So perhaps I had an overly ambitious “warm-up” for my first ever marathon 2 days prior to the big race, but truthfully today was awesome and I wouldn’t have changed a thing!
Bright and early, Spaulding runners for the BAA 5K met at the State House for a quick photo op. 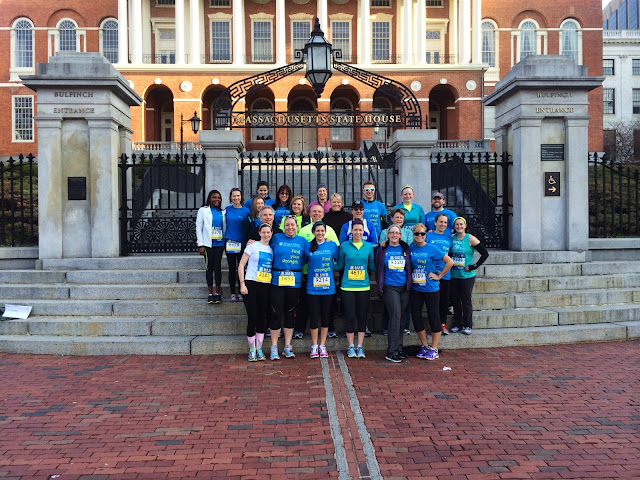 It was great being able to run with my colleague, Gabi.  She is a nurse with our SCI program and this was an awesome out of work thing to be able to share with someone I see almost every day. 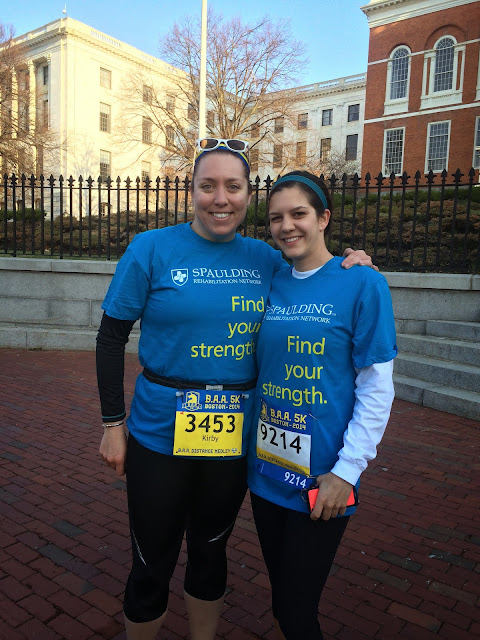 I also had a little pre-race time with Dr. Carter, one of our staff psychologists.  While he is not running the marathon this year he has in the past and he is our official support for the Race for Rehab team. 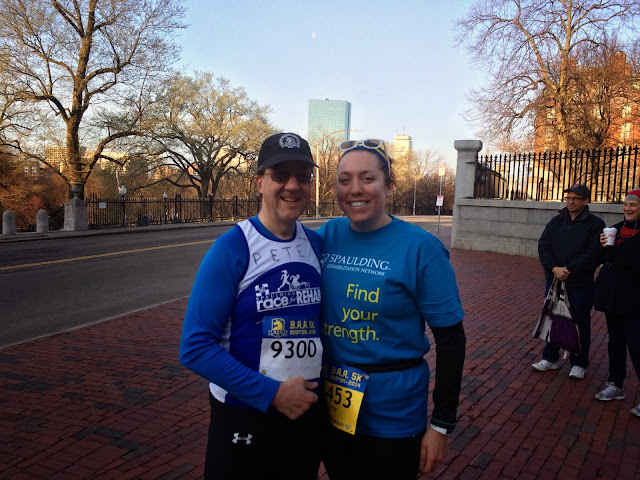 An added bonus to the day was seeing some college friends, Scotty & Julie P! 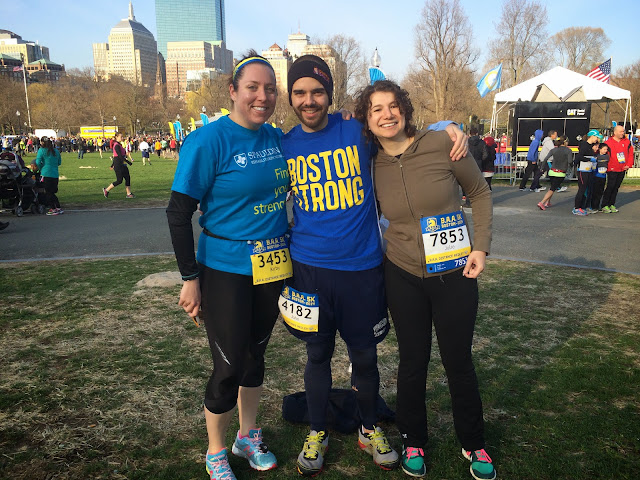 Some of the pre-race sights. 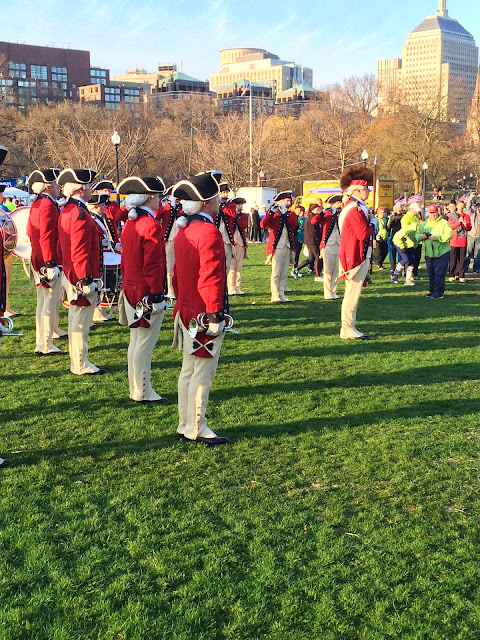 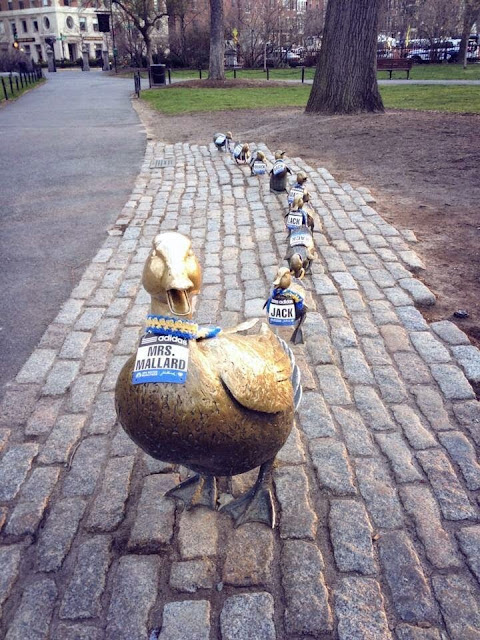 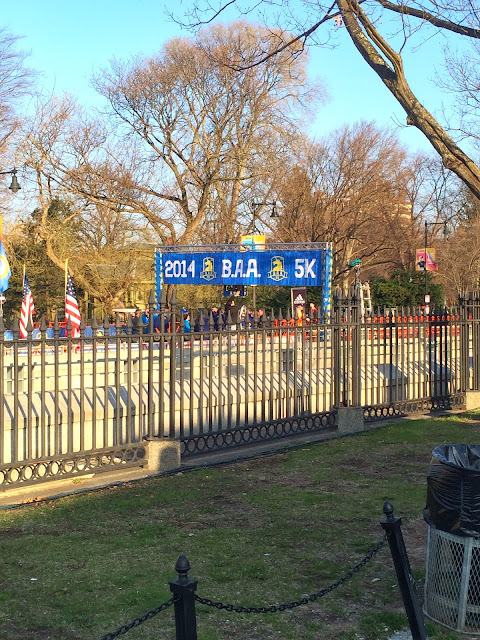 This was quite the event.  The BAA opened up this event to 10,000 runners, which was quite the scene!  My dad said that there were literally people just getting started when the first finishers were approaching.  That’s crazy!

From my spot in line, which trust I cut and jumped a barricade to get to, this was the view behind me…. 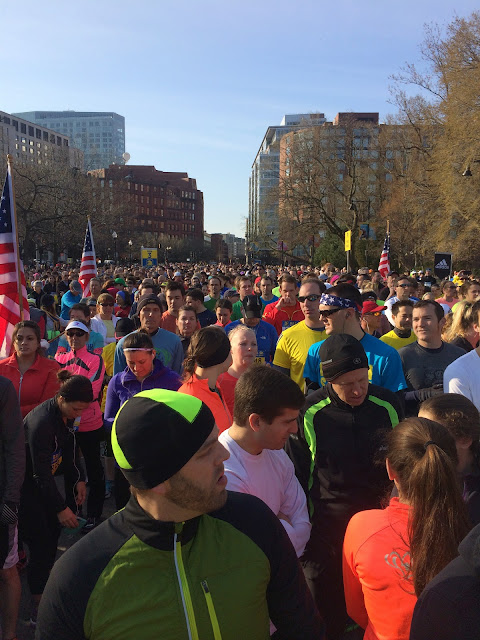 And here was the view ahead. 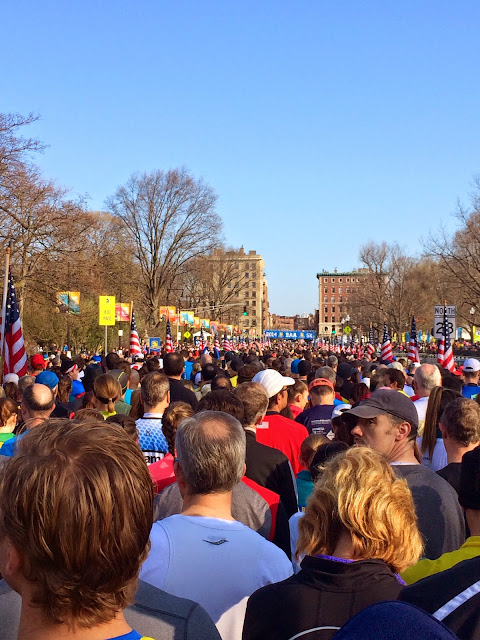 And obviously you snap a selfie, I’m sorry ussie, from within the crowd! 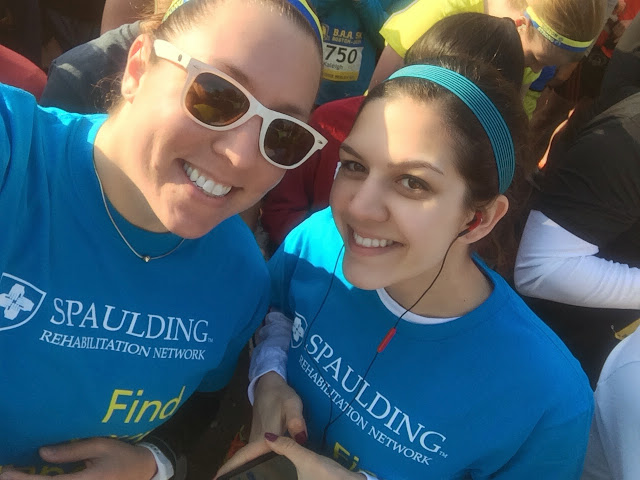 It was a lovely 3.1 mile loop around one of the greatest areas of Boston.  In practice for marathon day, I took some shots along the way! 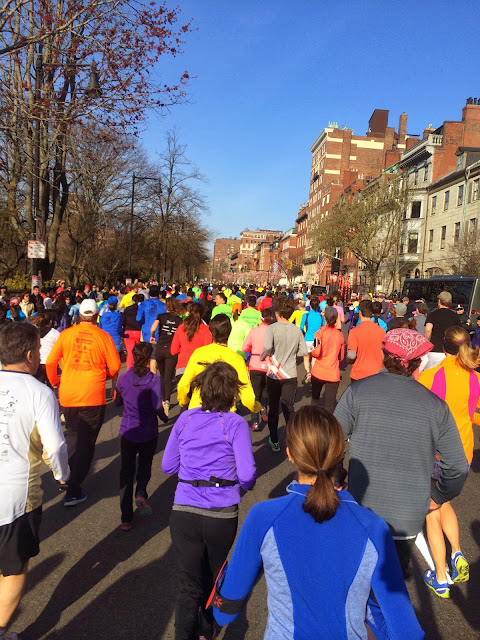 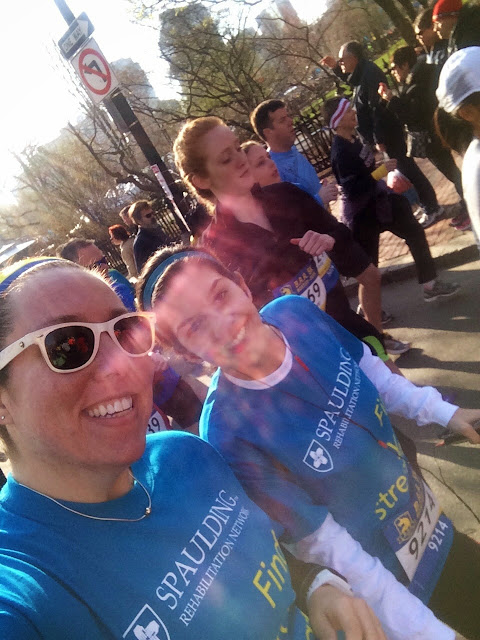 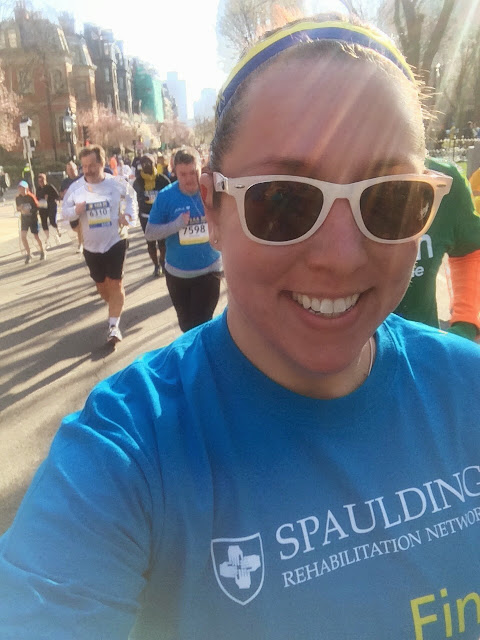 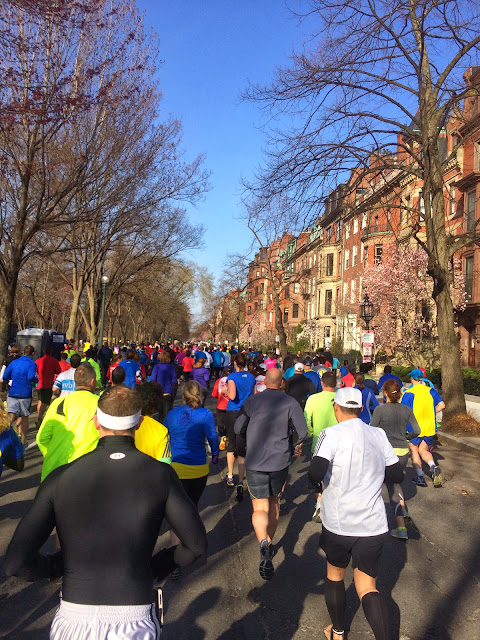 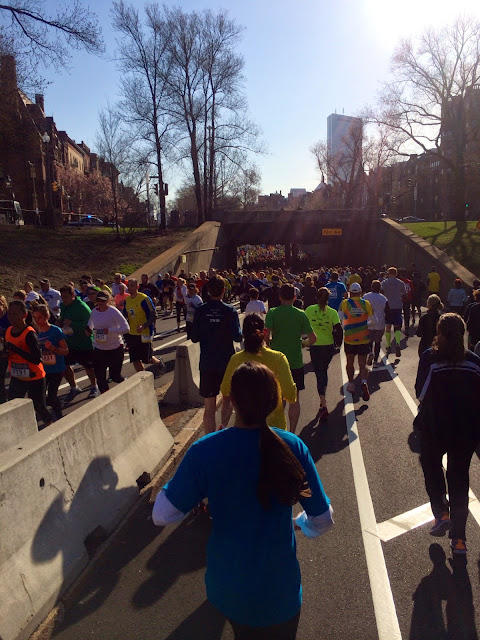 Get to the bridge tunnel where runners are passing both ways and it’s time for high fives and lots of screaming! 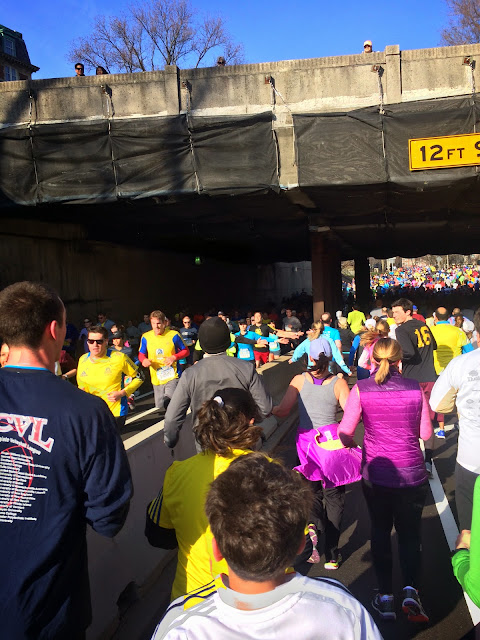 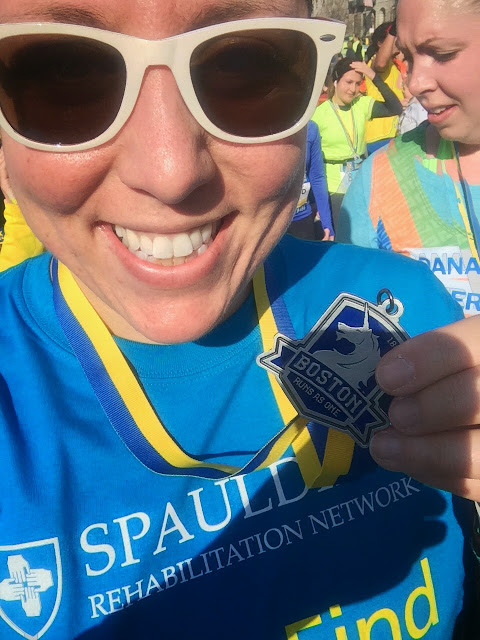 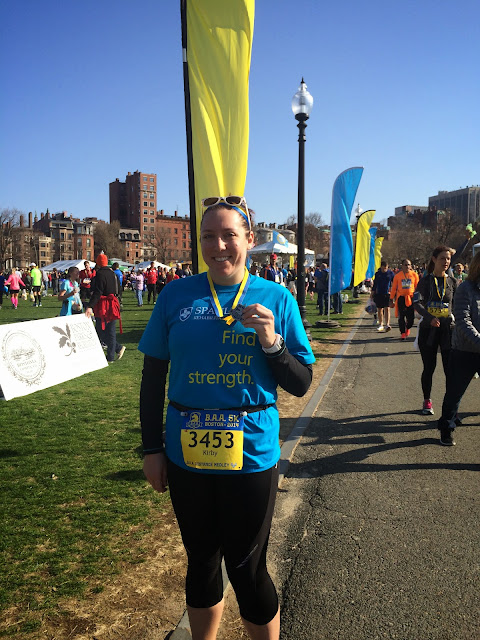 After an excellent morning race, it was time to head to Copley Square Plaza for the Tribute Run/Walk. 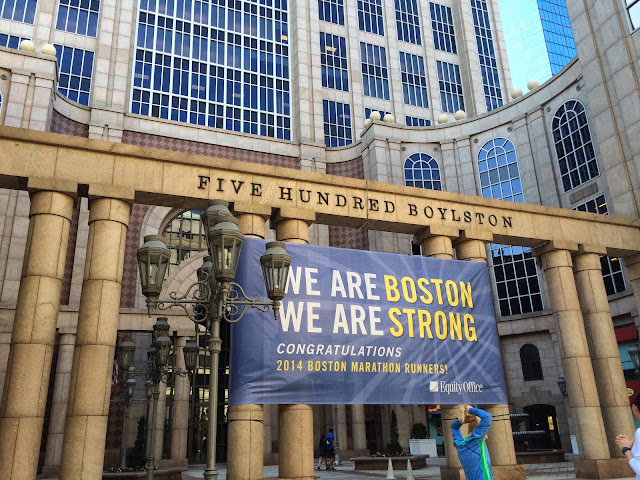 It was very special to spend this time with my colleagues, KC and Kelly, who were runners last year that were unable to finish. 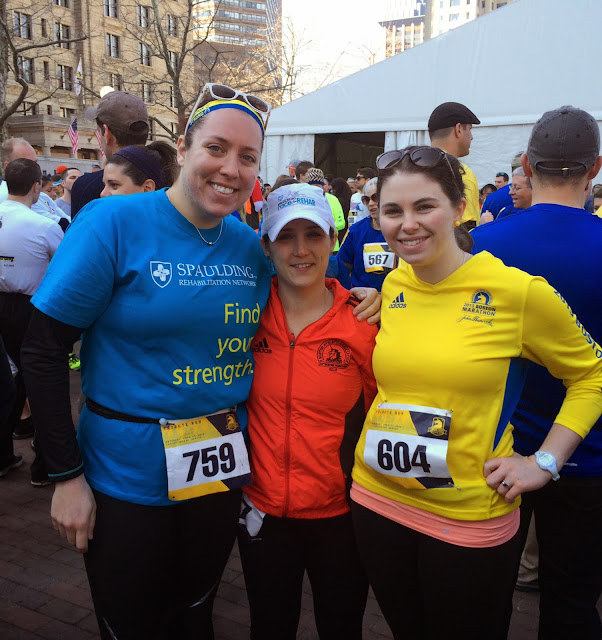 The crowd was filled of survivors, first responders, supporters and more; it was really overwhelming and oh so special to be a part of this group. 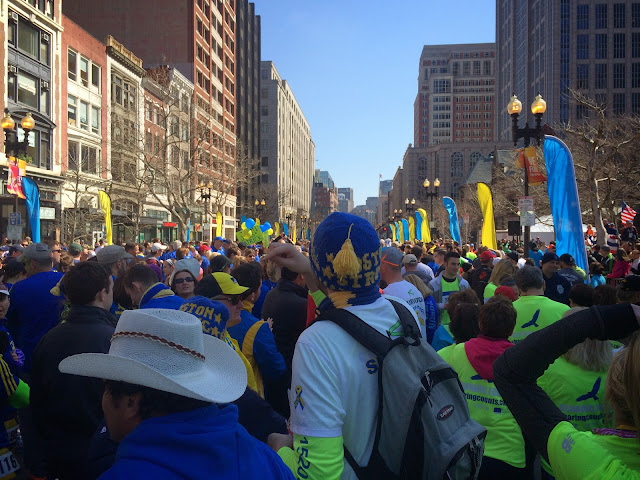 Before starting, we got an address from Mayor Walsh. 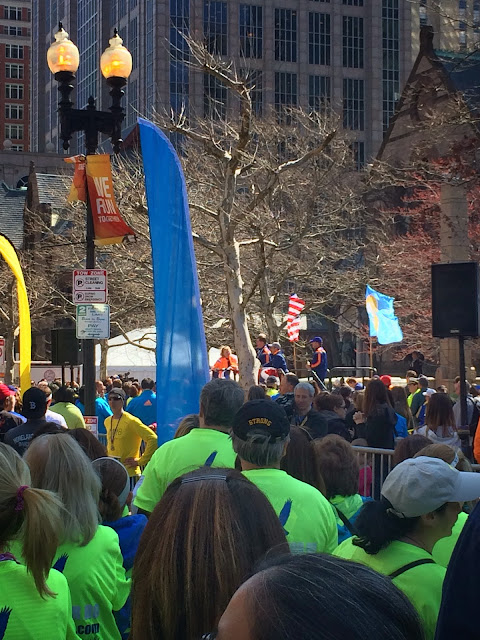 We broke in to an easy run (and I took this ussie on Newbury Street). 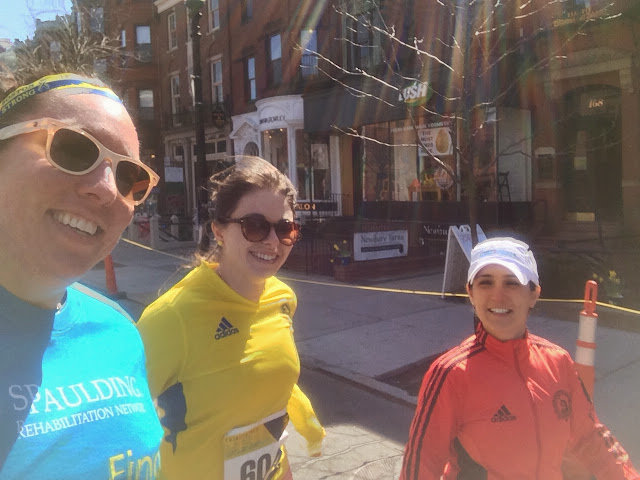 Flowers on the window sill of the Boston Public Library.  They are also all around downtown, a real sense of Boston Strong. 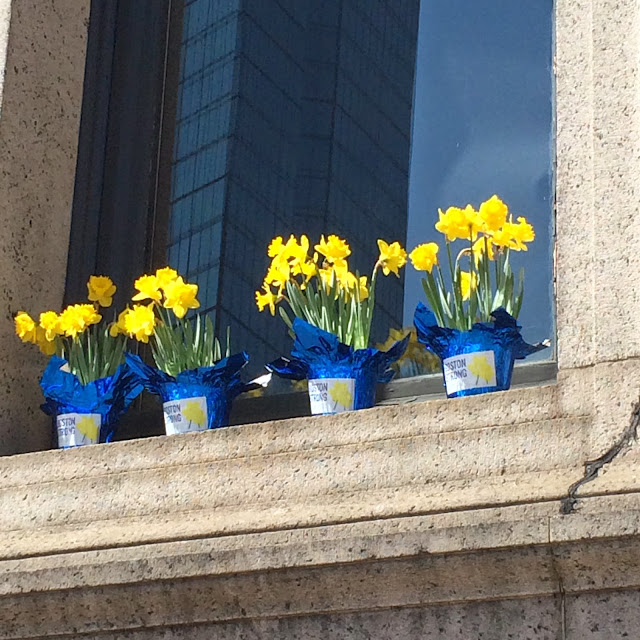 Having lived in Boston for 13 years, I really consider this city my home and I wanted to be a part of everything this weekend was about to show my love for this city and its people.  But now I promise I’m done with any and all running and am officially resting until Monday!

We received a lovely program that served as a great reminder as to why we are running.  Together the team shared their stories and reasons for running and all of our accomplishments along the way, so far, were highlighted.  Looking through this really helped me remember why I took this challenge on in the first place. 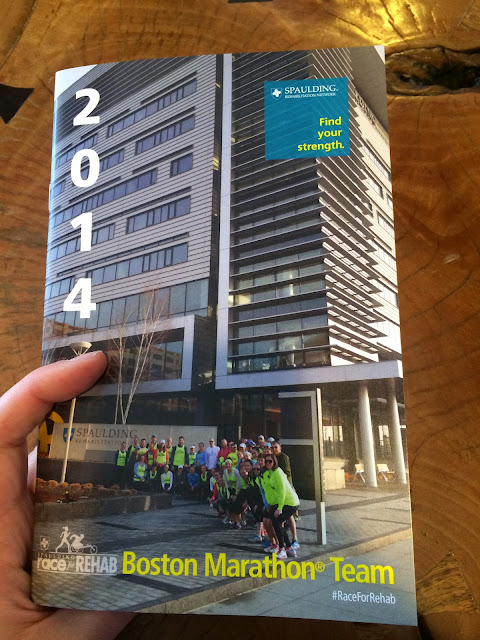 Once in the theater, we got our “Playbill,” a really cute way to present the agenda. 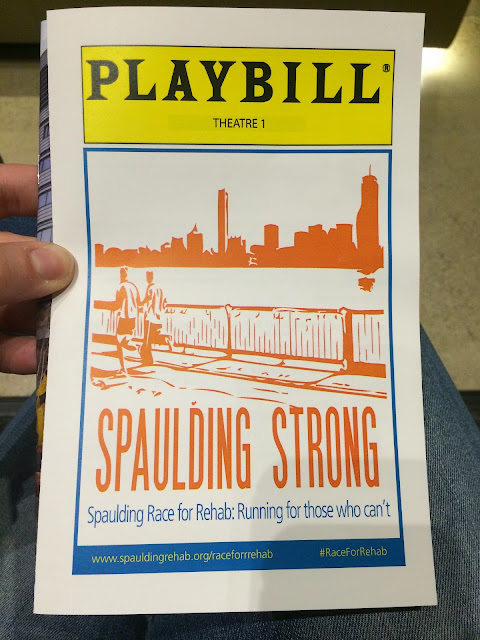 David Storto, Spaulding’s President and our teammate, gave wonderful words of welcome.  There was a surprise word from Kevin Spacey, who was here in Boston at the time of the marathon last year and who extended his visit at that time with a special visit to all patients at Spaulding.  He’s here again this weekend and also spoke, and participated, at the Tribute Walk/Run.  Heather Abbott, a Survivor from last year, shared her story and experience of rehabilitation at Spaulding.  Ernst van Dyk, an honorary team captain of the Race for Rehab team for many years, is truly an inspiration never letting himself be held back in life or sport despite being born with a congenital birth defect.  Our team physical therapist gave us some last words of advice.  And last, but not least, our team captains reviewed some logistics, it true captain style, and also presented a few team superlatives.
For those of you who have been following my journey, before checking out the picture below, can you guess what I got? 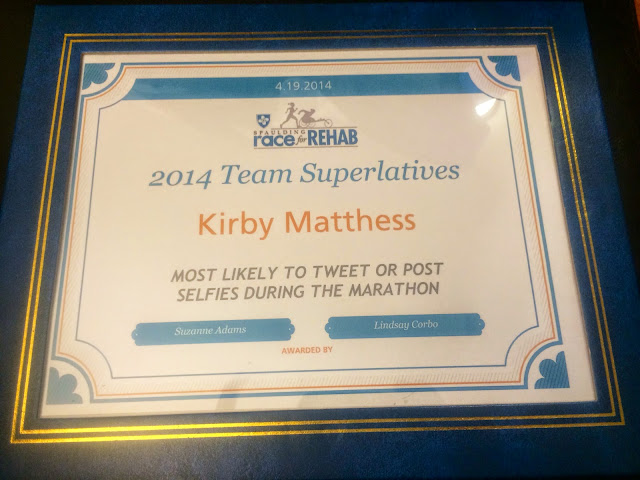 How fitting!  Clearly I had to take a selfie with the award.  Also, clearly my plan all along has been to have fun on Monday taking some pictures (selfies, ussies, yousies, you name its!) Not sure I’ve quite mastered the ability to upload on the run, though.  Maybe I’ll save that for marathon number two! 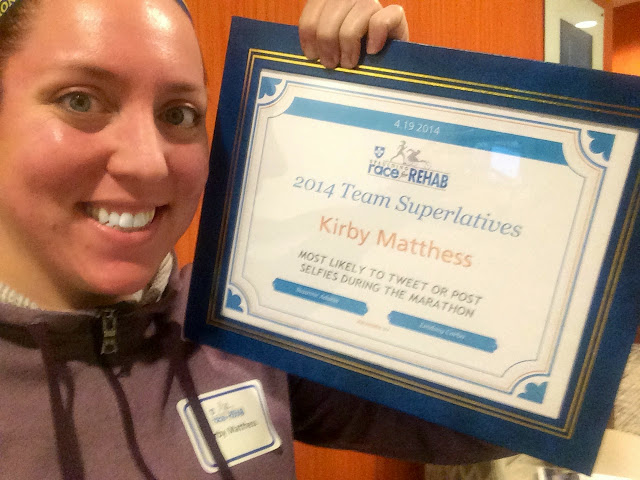 Phew!  So this was quite the day but like I said, it was a day full of awesomeness, emotions and excitement.  I’m feeling strong and ready to tackle Monday’s miles.  Tomorrow is all about some quality family time with the folks and relaxation.  Also early to bed because Monday morning’s alarm will be set for 4:00 a.m.!

Caught this on the eye opener the next morning! Haha 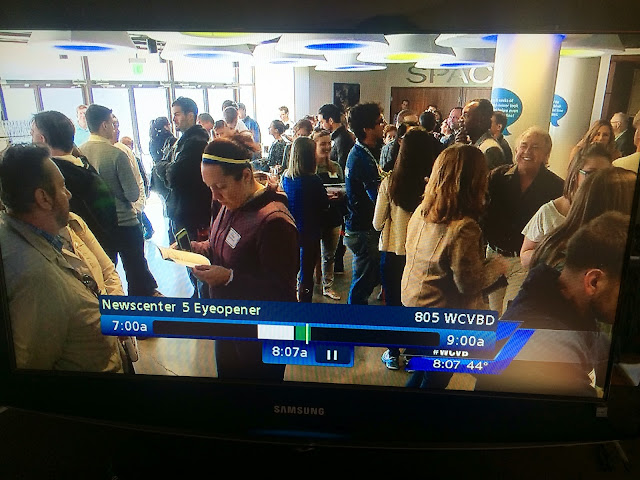