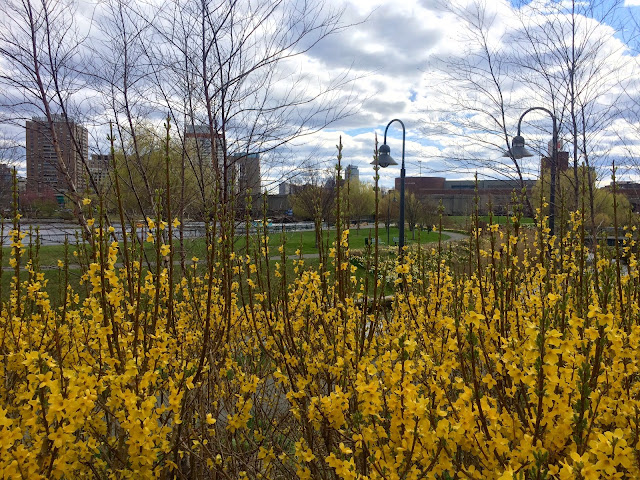 On Memorial Drive side of the river, looking over to Boston with sailboats and Kenmore Square in the background. 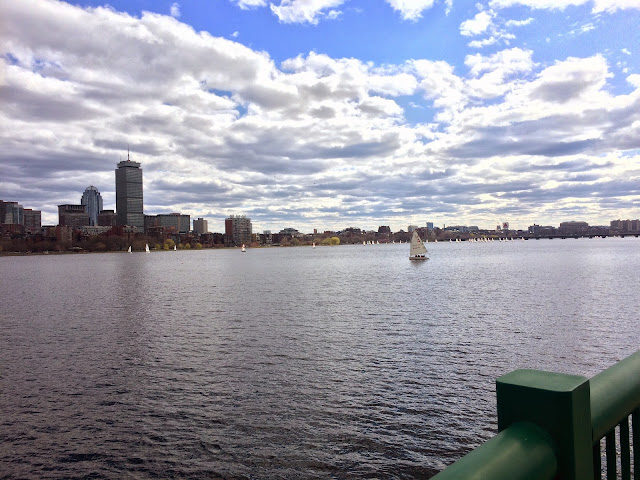 One running selfie while crossing Mass Ave bridge 🙂  Note, this was taken not long after I unintentionally photo bombed a couple’s engagement shoot.  Whoops! Congratulations on that memory, I don’t have one decent looking action running photo of me ever!  (But actually if your photographer got one of me, will you email it to me before you photoshop me out!?) 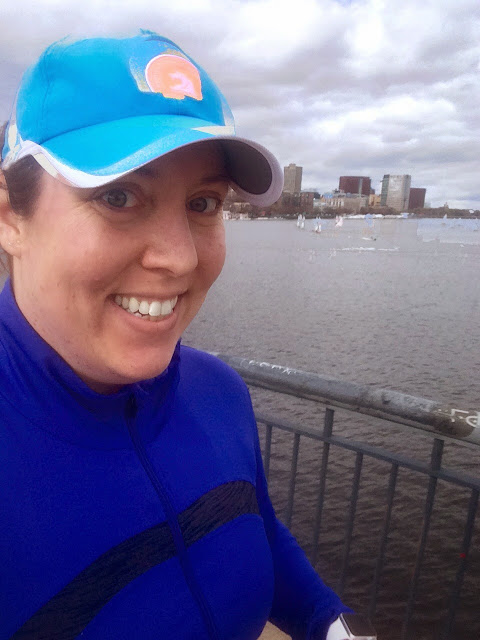 The sailboats were beautiful!  It was a bit more bluebird skies earlier in the day, but I kind of like the drama of the clouds.  (Who wants to try sailing with me this summer!?) 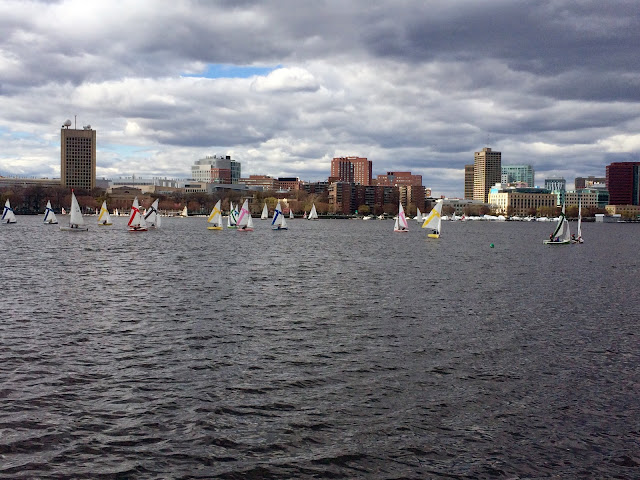 Loved this view!  Not pictured is the gentleman lounging in his kayak watching the sailboats. Not a bad Saturday! 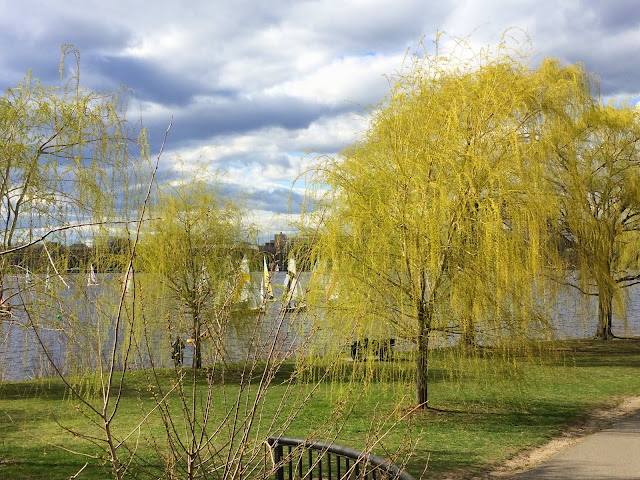 Stopped to take one selfie with the sailboats. 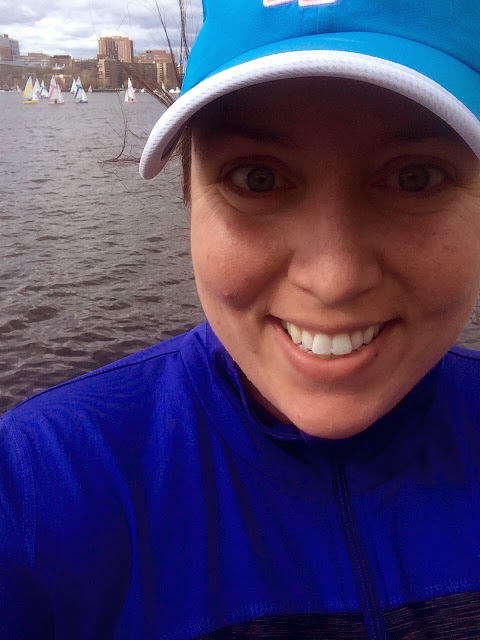 And just a shadow selfie, for fun 😛 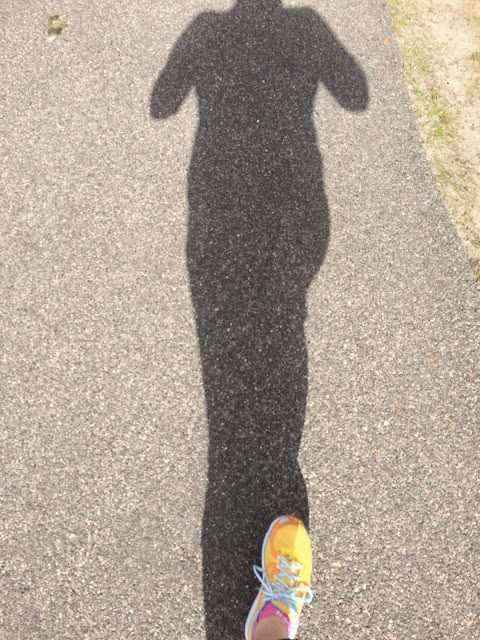 One thing I absolutely love, and is a huge perk in my book, is that my runs will be automatically uploaded to the Nike+ site instantaneously.  I mean, that’s a given since you’re using the app, but with my Nike+GPS watch you actually have to hard wire it to a computer so getting your distance and route synced is dependent on how soon after your run you have access to a computer.  That’s always been annoying but I dealt with it. Being able to skip that step entirely for my runs is a huge perk (and just means I’ll get to my blog posting all that much sooner! 😉 )  I’m very loyal to the Nike+ app because as I mentioned my entire running history is synced there and I’ll admit it, I get a little OCD and don’t want to miss tracking a run with the system I have always used.  However, there is an activity app that I may try, but if not for running I can use it to capture cross training so I’m looking forward to seeing how that works.
Here’s the completion view (without map 😦 ) The size is honestly great, in my opinion, because when I wear watches I’ve always been into the larger face styles anyways.  I opted to go with the 42mm version.   I’m happy with my choice of the Sport, which is not only lighter (so I hear) but also was cheaper and I think it’s supposed to be more durable.  I don’t think it’s horribly sporty looking, but later this year I’ll probably invest in a more everyday wear band. 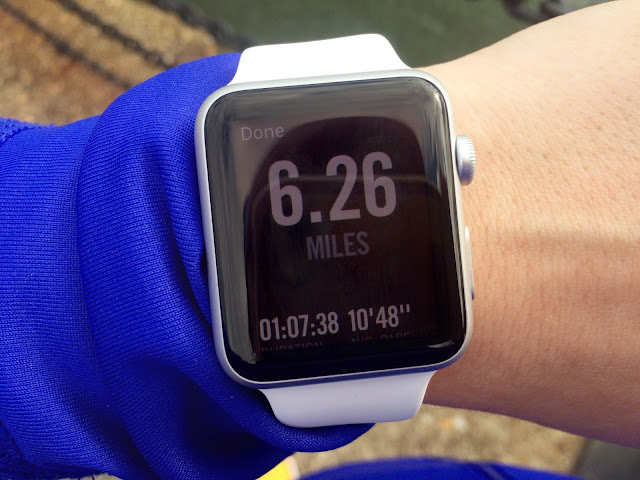 Alright, so my final verdict after day one….stellar investment!  More to come, and until then, happy running! 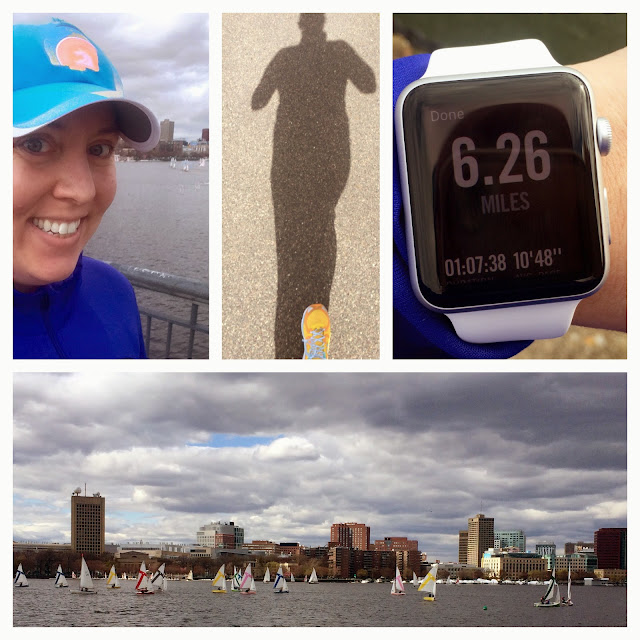